Different reasons for you to climb Mount Kilimanjaro 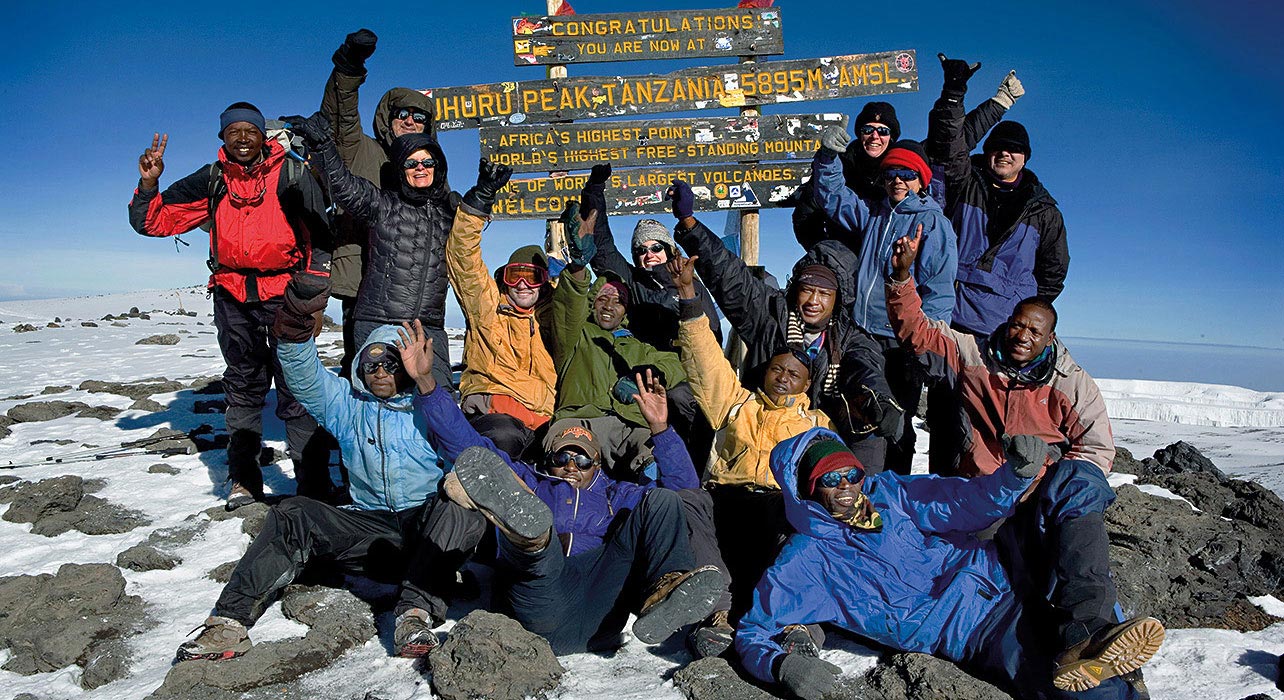 The term Kilimanjaro means ‘the endless mountain’. The name was chosen during the first attempts to reach the top of it, unsuccessful due to the low temperatures. It was only on 6 October 1889 that the challenge was finally achieved.

The Kili (an affectionate nickname) is the highest peak in Africa and also one of the most isolated mountains in the world, rising 5,895 km from the African plains. The fact that it has ice on top is the most striking feature of Kilimanjaro and has provided spectacular pictures of the area. The mountain is a natural border between Tanzania and Kenya, but the best view is from the Kenyan side, more specifically the Amboseli National Park.

What you need to know about the scripts in Kilimanjaro

Most routes to Kilimanjaro include mountain climbing routes that vary in terms of visual beauty, adventure, time of climb and difficulty. The Machame Route (or Whiskey Route) is by far the most beautiful (it takes 6 to 7 days to reach Kili Peak), while the Rongai Route is the easiest to do and the best for camping. The Marangu Route (Coca-Cola Route) is the most famous, being relatively easy and offering lodging in cabins.

Although climb Kilimanjaro does not require equipment or climbing skills, it is not an easy task and should never be underestimated. It is important to point out that anyone who wants to do it must be in good shape and healthy. The altitude is one of the biggest difficulties that discourages many climbers, but reaching the top of this mountain is one of the most rewarding challenges. Valtee Daniel reached the top at age 87 while Keats Boyd at 7.

The great attraction of this adventure is the amazing ecological diversity found in the middle of the way. Due to the dramatic changes in altitude on the slopes, there are five distinct vegetation zones. These range from cultivated land at the base of the mountain to the alpine vegetation at the highest peaks, which eventually adapt to the rigid altitude conditions. The Kilimanjaro National Park surrounds Mount Kilimanjaro and covers an area of approximately 753km² – UNESCO World Heritage.

The beginning of the climb passes through the equatorial forest. And so, as in the Amazon, the vegetation is imposing. Colossal. But in Kilimanjaro there is a typical tree, the Senecia Giant, which I am absolutely sure served as reference for the elaboration of the floating islands of Avatar.

Right near the highest point of the mountain, Uhuru Peak, at an altitude of 5895 meters, has a very classic Kili glacier. But unlike the mountain ranges, where glaciers collide and form a sea of ​​ice, in Kilimanjaro there is this unique glacier. It looks like a spaceship set in the forest plateau. It’s extraordinary.

Lava Tower is a volcanic rock with approximately 70 meters of height, or a building of about 20 floors. It is between Shira Cave and Barranco Camp. Not all guides include Lava’s rise in the script, despite a simple ‘rock-climbing’, can put a mountain tourist on unnecessary exposure. But if you have any experience, agree beforehand with your guide. The view from above pays for anything. Anything!

There are several images that cross our minds when we think of Africa for the first time A safari jeep in the savannah looking at lions, giraffes, and elephants. Tribes with outlandish costumes and colorful necklaces. Dense forest with a lot of heat and curious animals.

But probably the last idea that comes to mind is that of snow and glaciers. And that’s the paradoxical and mysterious thing about climbing Kilimanjaro: you’re out of place. It is as if we were told that we are going to a paradisiacal beach in Antarctica, or a wetland in the Sahara. They contradict the prejudices that we have formed.

When you reach the summit, you need a sign to tell you: “Mount Kilimanjaro. Africa’s highest point “to remind you that you are in Africa. Yes, you are in Africa and you are very cold, in a landscape of glaciers and snow.

It is a phrase that is heard a lot on the Kilimanjaro trek, and its literal translation is “slow, slow”. To be able to acclimate well as we go up in height, it is key to take short, slow steps, calmly. Thus, we get used to the decrease in oxygen in the body and control the much feared “altitude sickness” (also known as “puna” or “soroche”).

They become irrelevant and almost ridiculous concepts that we live everyday city dwellers: productivity, achieving more in a day, and running at full speed. Here you only have to worry about walking and meeting the basic needs of your body. Time is released to be able to drink honey tea, to play card games and to read. Apparently slow is enjoyed more than simple things. And in Kilimanjaro, you will experience the depth of pole position in all its meanings.

Why should one organize children’s parties?

Tips for a good exercise routine